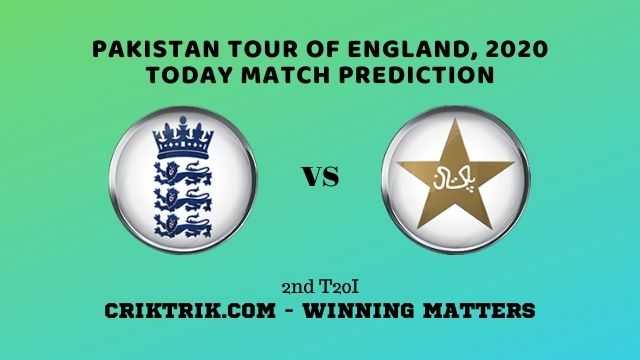 The rain gods have interrupted three International matches in a row. After the last two Test matches of the three-match Test ended in a draw, the first T20 International match between Pakistan and England was abandoned due to rain.

England is ranked number 2 in the ICC Rankings of the shortest format. The hosts have a bunch of youngsters for this three-match series against Pakistan, and they were also unfortunate that their premiere opener Jason Roy will miss the whole T20 series due to an injury.

But Morgan and his team will hope that Roy will be in action in a tougher ODI and T20I series against The Aussies. That series will be played from 4th September 2020. The hosts also don’t have the services of Ben Stokes, Jos Buttler, and Jofra Archer for this series.

Still, the side looks competitive enough to challenge the Pakistanis. Tom Banton opened the innings in the 1st T20 International which was played yesterday. Tom batted well and top-scored with 71 runs.

The middle-order and Bairstow didn’t bat well as it was expected from them. After Banton’s fireworks, Dawid Malan was the second-highest scorer with 23 runs, and the likes of Eoin Morgan, Sam Billings, and Moeen Ali struggled to make a mark in the opening match.

England scored 131 runs with the loss of 6 wickets from their 16.1 overs. The match was stopped due to the rains, and in the end, the first T20 International was abandoned. Going further in the last two matches of the series, England will want to show a better batting performance.

Morgan, Malan, Billings, and Ali hold the key in the middle order position for England. To save the series, the hosts need to bat well in the second T20 International match which will be played on Sunday.

The all-round skills of David Willey and Tom Curran will also be vital for the hosts. With Ali, Curran and Willey’s batting abilities will help England to finish the innings on a good note. England should have included Willey in the first match as well.

England should pick David Willey for the 2nd T20 International Match. He can replace Dawid Malan. Willey is not just an all-rounder, but he is a pace-bowling all-rounder. Having him in the side will give England an extra bowling option, and his batting expertise can allow the hosts to excel in the last few overs.

Pakistan has been a dominant bowling country throughout their years in International cricket.

The Pakistani bowlers have been lethal in all the three formats which they have played, and in a league tournament like Indian Premier League, it is a Pakistani bowler who took the Best figures by a fast bowler.

The Pakistani bowlers managed to keep England batsmen in check with regular wickets.

They just gave away 131 runs and picked up six wickets when the play was halted due to the rains.

The bowlers will need to continue their good form from the first T20 International Match.

The bowling holds the key for the visitors. Pakistan should look to win the toss and choose to bowl first again.

Pakistan’s batting isn’t that good when it comes to facing England’s quicks.

But if they play out the first six over without losing more wickets than they may have a slight chance of winning.

It is for sure that at least one of these top 4 batters should bat the whole 20 overs when they go on the crease.

The lower order isn’t too experienced. They are primarily seen and selected as bowlers in the squad.

But they can provide some lusty blows which will help them to set or chase a total in the end.

Even though their batting wasn’t tested in the first match, but Azam and his men should be prepared for a tough Test of the shortest format on Sunday.

Pakistan shouldn’t let their morale and intensity down like the first Test, which was played at the same venue.

Pakistan should include the experienced Wahab Raiz for the deciding T20 match. England was under pressure without Wahab.

So Riaz can create more pressure on the hosts with his exceptional bowling efforts, which may help Pakistan to win this series.

Dream11 Team will be posted after Lineups are confirmed on our Telegram Channel and Instagram.